The fifteen finalists of ‘Nottingham’s Top Talent’ show at The Royal Concert Hall were all exceptional. Fortunately, six-year-old Alexander’s wonderful ability and guitar lessons with Carlos Thrale had given him the edge. Alexander was the winner. 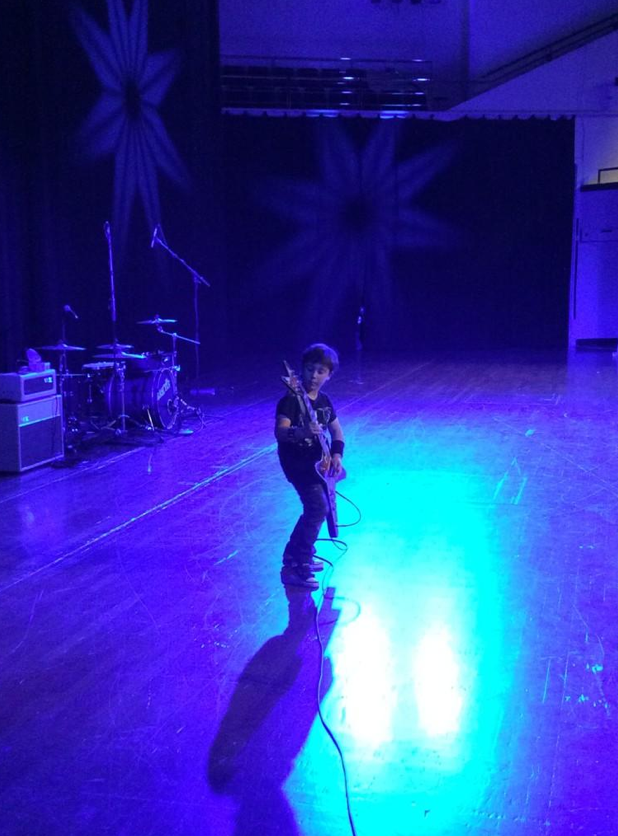 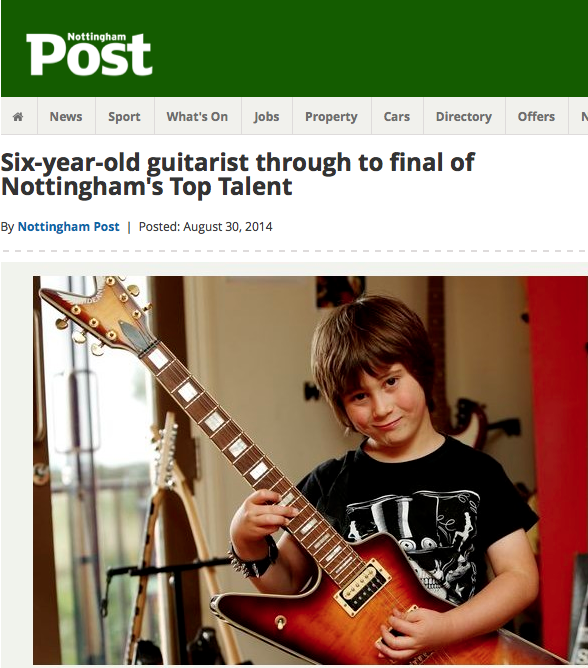 Previously, Alexander was awarded three distinctions in electric guitar playing at one exam session by the London College of Music (University of West London).

Subsequently, Alexander gained his fourth distinction at grade three. All qualifications were achieved at five-years-old. 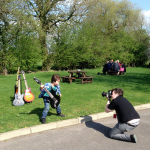 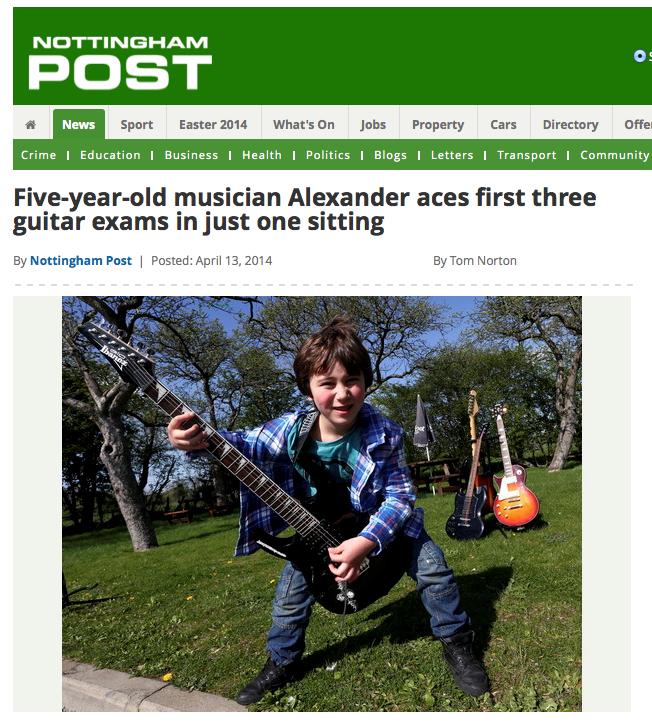 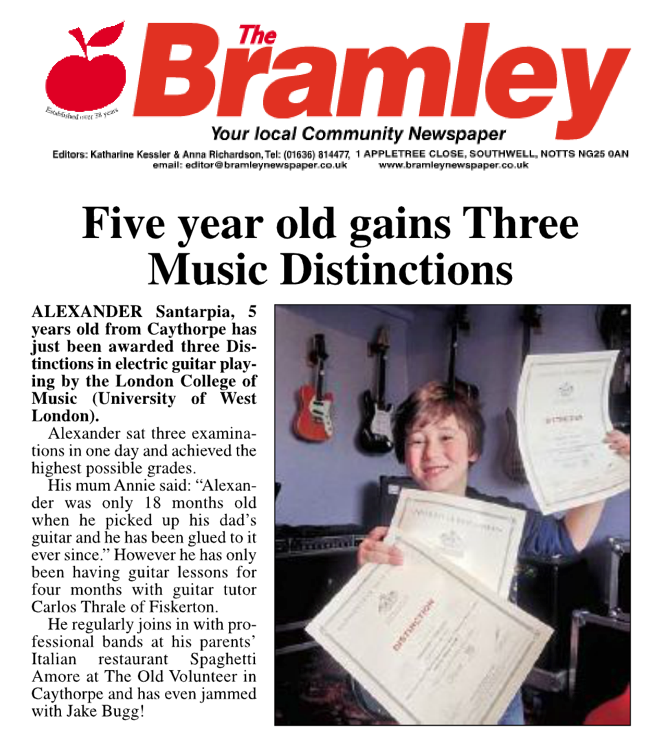 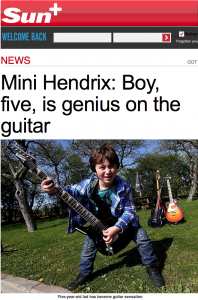 give the gift of music … END_OF_DOCUMENT_TOKEN_TO_BE_REPLACED

Learn from the comfort of your computer or mobile device. Lessons are live and individually designed to meet your needs. You will receive the same … END_OF_DOCUMENT_TOKEN_TO_BE_REPLACED

Guitar holiday breaks give you time to focus on what you want to learn. Reserve a few days of 1-2-1 tuition to improve your guitar playing, Guitar … END_OF_DOCUMENT_TOKEN_TO_BE_REPLACED

Kate Frith
12:08 28 Nov 19
Amazing Electric guitar teacher. My daughter has always loved her lessons with Carlos. His relaxed approach has resulted in fantastic exam grades together with imparting an all round musical education and understanding that has extended beyond the guitar in to her GCSE music and improv Jazz piano playing.